What is a constructive and unfair dismissal?

This Briefing Note summaries when an employee, after resigning, can bring a claim for constructive and unfair dismissal. It explains the key legal questions that an employment tribunal has to consider and highlights some key tactical considerations.

Take Care: The law relating to constructive dismissal is relatively complicated and there are many traps for the unwary. This is an area of employment law where you should take independent legal advice from an experienced employment law solicitor before resigning.

What is a constructive dismissal?

A constructive dismissal occurs when:

What amounts to a repudiatory breach of contract?

Not all breaches by your employer of your employment contract will entitle you to resign and claim that you have been constructively and unfairly dismissed. A breach must be ‘repudiatory’, meaning fundamental.

Therefore, if your employer is guilty of conduct that is significant going to the ‘root’ of your contract of employment, or shows that it no longer intends to be bound by an essential term of your contract, it has most likely acted in repudiatory breach of contract and you are entitled to resign and claim you have been constructively dismissed.

The breach could relate to an express term of your contract of employment, be it one in writing or a term that was only agreed verbally. For example your employer imposes a unilateral decrease in your pay or significantly alters your duties without your consent.

The breach could be in relation to an implied term of your contract. A number of terms are normally implied into every contract of employment. The most common one is the implied term of mutual trust and confidence: neither the employee nor employer should act towards the other so as to seriously harm or destroy the working relationship with the other.

The breach may consist of a single incident or a number of incidents over a period of time, culminating in a final incident which may not be serious by itself but is treated by you as the ‘last straw’ causing you to resign.

The above examples will not always be a repudiatory breach of contract. All the circumstances must be considered and each case will be decided on its own facts.

You must resign in response to your employer’s breach

Whether you have resigned is generally a straightforward question of fact. You will probably have a letter or email giving your resignation or will be able to point to a conversation where you resigned. Your resignation could also be demonstrated by your actions, for example not attending work or starting employment elsewhere. This is not reliable though. Your resignation must be clear and unequivocal. Your employer must also be aware of it!

The tricky part can be showing that you resigned in response to your employer’s breach of contract and not for another reason.

You must not delay too long before you resign

If your employer has fundamentally breached your contract you have a choice: You can decide to continue with your employment or resign and bring it to an end.

You must, however, make your decision reasonably quickly but it is often a difficult one to make because there are a number of legal and practical factors to take into account. If you resign you will lose your job, your income and face bringing an employment tribunal claim. If you delay too long you may be judged to have accepted your employer’s actions and lose the right to argue you have been constructively and unfairly dismissed. Whether and if so how to resign is a key issue that we can help you decide.

Watch how you act

You should be careful how you act towards your employer whilst you make up your mind. You can lose the right to claim you have been constructively dismissed if you ask your employer to do something consistent with your continued employment or by acting in a way that shows you are happy for your employment to continue notwithstanding your employer’s breach of your employment contract.

Whilst you decide you should inform your employer that you are unhappy with how it has acted towards you so. This should minimise the risk of your employer arguing that you accepted the breach of contract and waived your rights to resign and then claim you were constructively dismissed.

Should you raise a grievance?

A good way of preserving your legal rights is often to raise a formal grievance and provided it is done in the right way this can give you more time to decide what to do. It can also give your employer the time and opportunity to resolve your concerns and avoid you having to resign and start an employment tribunal claim.

Drafting your letter of resignation

Do you resign with or without notice?

You have a choice: to resign with immediate effect and not work out any notice, or you can resign on notice and then work out your notice period. Either option will mean you can bring a claim for constructive and unfair dismissal. However, you should take professional advice before deciding to resign on notice as this approach may harm the merits of your claim.

Working out if you should resign and how to word your letter of resignation are key areas where getting expert professional advice is often essential. The timing of your resignation can also be an important decision which an employment law solicitor can help work out. Ask Quantrills to help you and maximise the merits of your case.

A wrongful dismissal is where your employer has expressly or constructively dismissed you in breach of your contract of employment.

If you resign without giving notice and are successful with your claim you can seek to recover damages for your ‘wrongful and constructive’ dismissal. The value of this will be your net pay for the duration of your notice period that you did not work. For example, if your contract of employment entitled you to three months’ notice of dismissal the tribunal should award you three months’ net pay (less any net income earned from any new employment.)

If you want to bring a claim for constructive and unfair dismissal you must be an employee who has the correct minimum qualifying period of employment, and you must have been dismissed. With a constructive dismissal this means you have to show that your resignation in law should be treated by the employment tribunal as a dismissal based on your employer’s misconduct, bad or unjustified behaviour towards you.

When will your dismissal be unfair?

Help on Raising a Grievance at Work

Advice and Representation for Teachers 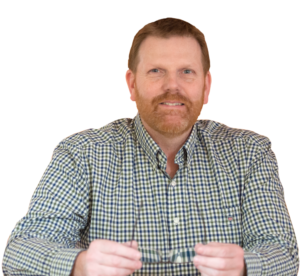 Making sure you get the right advice

Making sure you get the right advice 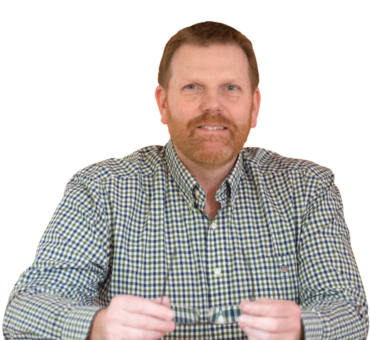 When will your dismissal be unfair?

Help on Raising a Grievance at Work

Advice and Representation for Teachers

Search our Employee Knowledge Bank for the information you want

How to become our client and receive our help and adviceShow

Becoming our client is a straightforward process. However, before choosing Quantrills as your employment law solicitors you and us will want to be completely sure we are the right people to help you achieve your objectives. Having looked at our web site, if you like our approach and would like to discuss how we can help you, getting started is easy.

Tell us briefly about your problem and the help you are looking for.

We’ll follow up with a free no obligation initial telephone call to discuss your case, how we can help and explain our fees. Read more...

Invitation to become our client

If we can help you, we’ll invite you to become our client by sending you a Client Care letter confirming the work we’ll do for you, our terms of business, and fees.

If you want to go ahead and instruct us, you confirm this by email or letter.

We’ll start to act for you

Congratulations! You are now a client of Quantrills and we can start work on your instructions and give you our advice.

At Quantrills we are flexible in how we work with you and how we progress your case...

We welcome calls from our clients. Call us any time between 08.30AM to 5.30PM Monday to Friday to discuss your case. We will do our best to speak with you when you call, or if we can’t, you will get a call back as soon as possible.

Or request a call back

If it’s more convenient for you do come and see us. We do an excellent coffee. Whilst many of our clients don’t visit us, our offices are easy to find being just off junction 56 on the A14. Client meetings are by appointment and there is free car parking in front of our reception.

We love emails; they help save time and avoid delays. Our case management system is set up to make the best use of them.

Our web forms make it easy to give us the information we need from you. Our forms have a clever "save and return" feature so you can complete the form in more than one visit.

I am so happy with my settlement; you know how to do it. Your approach was spot on. Thank you.

Again thank you for all your support with my settlement agreement - your advice made a difficult situation all the better to manage.

Thank you to Julie Temple from settlement agreement client.

I am extremely grateful to Simon Quantrill and his team for their professional expertise and support during a hugely traumatic time whilst defending myself against appalling and abhorrent employers.

From the very beginning of my case, during and to the final desired handsome payout in settlement, Simon Quantrills and his team enabled me to achieve the perfect outcome. The support and effective legal advice I received from Quantrills surpasses anything else available from employers, HR departments and Unions.

I strongly recommend Quantrills Solicitors without hesitation and would be in touch if ever needed again.

I am delighted my wife and I chose Quantrills Solicitors."

Testimonial from a headteacher client for whom Simon Quantrill helped to challenge successfully unfounded disciplinary allegations.

Keep up to date with key employment law and HR changes by subscribing to our FREE email based newsleter. Updates are sent out throughout the year.

Where do you want to search?