Covert recording was not breach of trust and confidence by employee

This EAT case explains why the employee’s motive is a key relevant factor.

Published: 07.10.19 For EmployersKnowledge Bank For EmployersAbout UsAre We Right for Your Business?Covert recording was not breach of trust and confidence by employee

In practice, most employers are likely to treat an employee’s convert or secret recording of a HR or disciplinary meeting as a breach of trust and confidence. However, in the case of Phoenix House Ltd v Stockman [July 2019] the Employment Appeal Tribunal explained why this will not automatically be the correct outcome for an employer to decide. 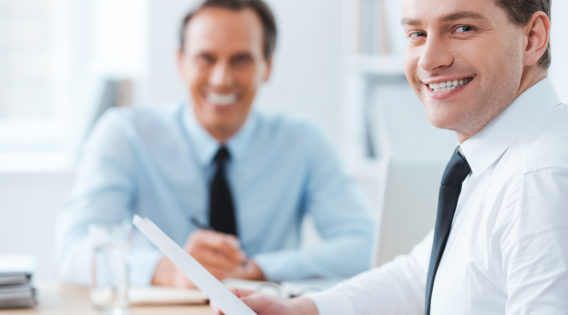 In a case of unfair dismissal, the EAT refused to reduce a compensation award to nil based on the employer’s arguments that the employee had secretly recorded a meeting with an HR Manager during a grievance and ill health related dispute.

The EAT explained that with the prevalence of mobile phones, that can easily record conversations, it can no longer be said that covert recordings by an employee amounts to a breach of the implied term of mutual trust and confidence.

The reason for the recording is relevant – if it was to entrap the employer or to gain an unfair advantage then this may destroy trust and confidence. But the employee may have different reasons such as to keep a record, to protect themselves from a risk of misrepresentation , or to enable the employee to obtain legal advice.

It is, however, the EAT said, good practice for the parties to tell each other if there is an intention to record a meeting and it would generally amount to misconduct not to do so – which is not the same as saying there would be a breach of the above implied term.

The EAT said it was rare for covert recordings to be listed as an example of gross misconduct in disciplinary proceedings.

The EAT suggested that if the employer objected to the recording and wanted to seek a reduction in the compensation to be awarded in a related tribunal case, relevant factors included the nature of what was recorded, the employer’s attitude to covert recordings and the degree of the employee’s blameworthiness.

On a practical level the EAT said that recording of a meeting, even if agreed, could inhibit frank exchanges and for long meetings a written summary would be more valuable.

In my experience, employers will continue to get upset about an employee’s secret recording of a meeting. It suggests the employee does not trust the other people present or is seeking to obtain evidence to throw back at the employer at some later time. On the other hand, employees tend to resort to covert recordings simply because trust has been damaged or lost during a grievance or disciplinary procedure. A subsequent disclosure of the recording invariably then makes matters worse, harming the prospect of securing a satisfactory outcome for both sides.

In my view, it remains best practice to ensure an accurate meeting note is made which is a summary of what is discussed and said. Avoid verbatim records. They are time consuming to prepare with any degree of accuracy and can quickly become too long and difficult to follow. The minute may quote important parts of the discussion such as a confession or admission. The minute should then be shared quickly with the employee so that she or he has a fair opportunity to suggest revisions. The agreed version should then be signed and dated by both sides.

On a practical level, it is time consuming and expensive to have a recording transcribed and employers should decide their approach to the recording of meetings and how they will treat unauthorised secret recordings by employees. The EAT decision is likely to see more employers add covert recording as an example of gross misconduct. Even so, it would be unwise to dismiss an employee for such behaviour if the actual facts and circumstances of the case did not justify it.

Does covert surveillance breach an employee’s right to privacy?

Do you use CCTV surveillance cameras?

Subscribe to our email based hrlegalnews to receive details of our Knowledge Bank & HR Updates updates and our forthcoming events.

Simon Quantrill and the Quantrills HR team have proved to be extremely helpful and knowledgeable. They always provide sound HR advice quickly. This is invaluable, providing my business with timely and clear HR guidance on all staffing matters, saving me not only time, but giving me peace of mind.

The time they have taken to get to know us as an organisation has been invaluable and therefore their responsive advice is pragmatic and focused.

Since 2013 we have been receiving legal advice and support on a range of issues from Quantrills and due to their high quality professional service we continue to place our absolute trust in them. We have an established positive relationship with all members of the team, who provide expert legal knowledge and expertise in a manner which is timely, efficient and clear. The time they have taken to get to know us as an organisation has been invaluable and therefore their responsive advice is pragmatic and focused. They also have to be complimented for their programme of informative update and training events throughout the year which have been instrumental in our planning processes enabling us to be proactive in relation to changes in employment law. We have complete confidence in Quantrills and the service they provide to us.

The advice we receive from Quantrills HR is always clear, concise and commercial.

The advice we receive from Quantrills HR is always clear, concise and commercial. This means we can resolve matters swiftly and fairly, saving costs, and more importantly, allows the management team to stay focussed on building the business.

Does covert surveillance breach an employee’s right to privacy?

Do you use CCTV surveillance cameras?

Search our Employer Knowledge Bank for the information you want

To learn more about a specific employment law or HR topic it’s easy to search our extensive Knowledge Bank to find our relevant articles.

Where do you want to search?